As a first timer, I really fell in love with the unique feel of Albany. The friendly people, cool weather and absolutely beautiful scenery and unique architecture. Growing up in Perth, I’m so use to the flat terrain so it was a new experience for me seeing the scenic views of the ocean over a hilly terrain. Based on my experience in Dunsborough, I was gearing up for 15-30 minute drives everywhere, but found in Albany everything is very centralised and close-by, on average I was google mapping 5-6 minutes to get anywhere from Quality Suites Banksia Gardens Albany who kindly sponsored our accomodation. 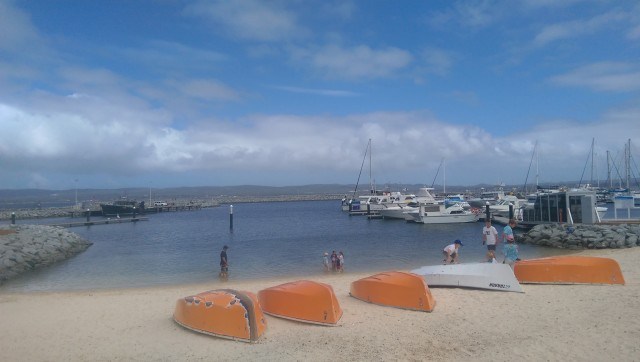 Probably one of my favourite things was the weather. I don’t do well in the heat… so there’s this transitional period of weather from when Summer goes to Autumn and Winter goes to Spring that I enjoy every year where it’s nice and cool but still sunny. I always wonder if there’s a place on earth with this kind of weather and it just so happened that Albany was like this when we were there. Maybe this is somewhere I could retire or buy a holiday home one day…

We decided to head to Breakfast Flights with Beck and Call Coffee as one of the events of our Taste Great Southern Trip, a three course brunch with paired with coffee from local coffee roasters Beck and Call… sounds like my kind of breakfast.

The event was held at Six Degrees a bar/restaurant on Stirling Tce with a hipster vibe to it. Due to a miscommunication between me and Michelle, I punched in Beck and Call on google map and ended up at their warehouse on Chester Rd. We quickly re-routed to Six Degrees and made it there just 10 minutes late :). The Stirling Tce area with its federated buildings kind of reminded me of Freo.

One thing I found quite interesting about the Taste Great Southern events is that you are sitting on shared tables with other people attending the event. We were sitting with two other couples, one from Perth and another from Denmark (WA). The couple from Denmark mentioned that Six Degrees is one of the only places in Albany where you can get a good coffee after 2pm. 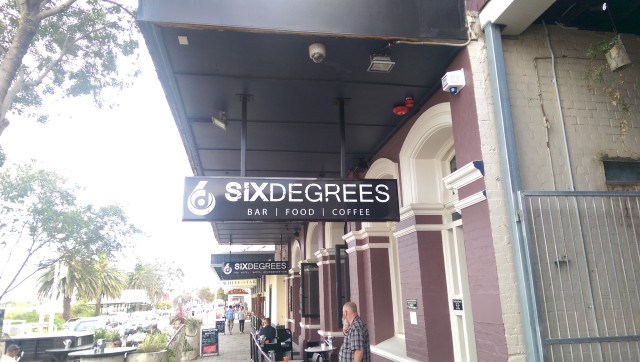 The coffee of the day was single origin heirloom Ethiopian coffee prepared three different ways paired with a dish that pays homage the African origin of the coffee beans. Most interesting part of it all was that each dish was also infused with Amarula, a liqueur that I’d describe as South African Baileys.

For our first course, we had fatira crepes with African spiced bechamel sauce and marinated prawns in Amarula covered in parmesan and dusted in tumeric. This dish was amazing! The crepe was soft and gooey with the cheese and went really well with the prawn. It was dusted with turmeric that you can’t see in the picture which gave it a little bit of an Indian flavour. 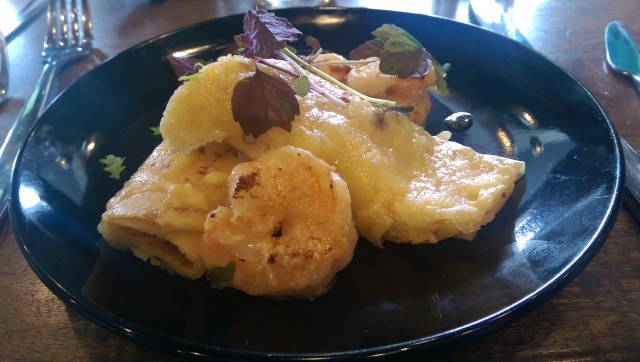 Our first coffee pairing was a cold brew… my favourite way to have coffee. We were also given the option to add milk or sparkling water to reduce the bite and make it smoother. I had mine with sparkling water, it’s almost like a coffee coke. I found that the heirloom Ethiopian coffee had a very strong flavour to it compared to the cold brews I usually get in Perth, but still thoroughly enjoyed it.

Beck and Call head roaster Kade Sims mentioned that he used 85g for this brew and I was really surprised this amount was able to produce such a strong flavour. It tasted more concentrated than when I use 100g of coffee per litre using beans I get from Daphne Cafe in Northbridge. 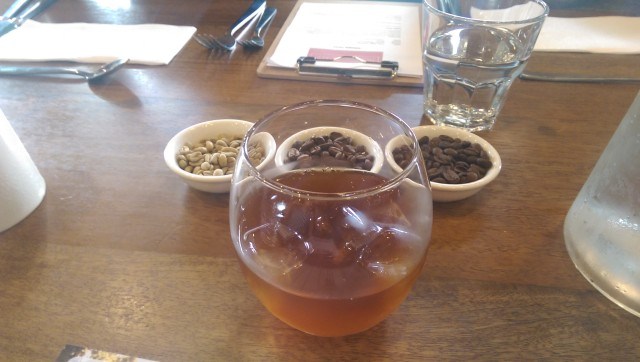 For the second couse, we had spicy Morroccan scrambled eggs with crumbed lamb sausage, crushed avo and spiced chickpea. I love smashed avo on bread and the crumbed sausage was similar in texture to sausage meat commonly on traditional Italian woodfired pizza. I thought the dish could probably do without the chickpeas as it was quite starchy especially after having a crepe! 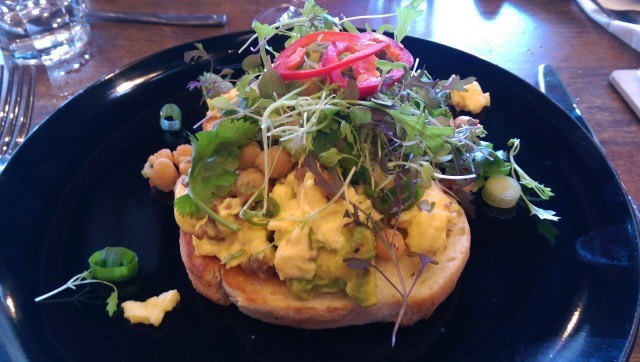 The next coffee was a batch-brew served in a martini glass. Kade described batch brew as a hot filtered coffee similarly to what we commonly see as being served in American diners… except done right. I think the batch brew coffee tastes quite similar to when I make myself a coffee using my good ole AeroPress. Compared to the cold brew, the batch brew had a more acidic or ‘sour’ taste which Kade also mentioned is as a result of brewing coffee.

Our final dish of the day is dessert, a tiramisu with freshly roasted Ethiopian Coffee and a shot of Amarula. I’m not usually a fan of tiramisu, but this was unbelievably good! It had a subtle coffee flavour and a really smooth texture from the fresh cream. The espresso tasted like a condensed version of the batch brew and out of all three courses, I think this coffee pairing was the best one.

By the end of it, I was absolutely stuffed, extremely satisfied and charging. On our way out, I had to buy a bag of coffee beans and could really tell Kade’s dedication to coffee, he was asking me questions about the way I prepare my coffee to make sure he recommended the right type of roasted beans for it. He also runs Becks and Call on the side in addition to his full time job!

If you make the trip down south to Albany, Six Degrees should be on your hitlist of restaurants for a nice breakfast and a top quality coffee.